In the very north of Mallorca you will find the charming town of Pollensa, or as it’s knows to its locals ‘Pollença’. The town is full of history and tradition with its picturesque narrow streets, town squares filled with popular restaurants and bars and local craft stores which sell some of the islands traditional products. Just on the edge of the town you will also find a historic roman bridge which to this day is still in use.

Mallorca has a very rich history with many fundamental groups being tied to the town throughout the years. It is believed that the Arabs were the first to establish the town of Pollensa, to then be followed by the Knights Templar who are said to have constructed Pollensas oldest church the ‘Nostra Senyora dels Àngels’ which is in the town’s main square. During the 15th and 16th Century due to the islands small size and ease of access to its coasts, Mallorca was invaded by pirates, the most famous invasion in Pollensa was carried out in 1550. During this time the town was invaded by moors and a local man named Joan Mas warned Pollensa of the approaching dangers and led them in to battle being armed only with wooden sticks. However they triumphed and the invasion is still celebrated today by locals in the form of a reenactment on August 2nd every year which is named ‘La Patrona’.

This beautiful coastal area of Mallorca has been a popular holiday destination for decades. It was also the inspiration for one of Agatha Christie’s novels. This area attracts returning tourists year after year, amongst them are brits whom have fallen in love with the town. Due to building restrictions the town has hardly any high rising constructions meaning that it has panoramic views of the mountains and the med. The town has some lively bars and restaurants and a charming central square. As the name suggests, Puerto Pollensa has a traditional port with an elegant marina and harbour area which break up the long stretch of white sandy beach. Interestingly as you look out from the bay, in the distance you can see a Spanish military air base, from which they send out their famous sea planes which can be seen swooping in and out of the water. At one point this area was just a small fishing town, however it has now been transformed in to a chic and bustling family resort. 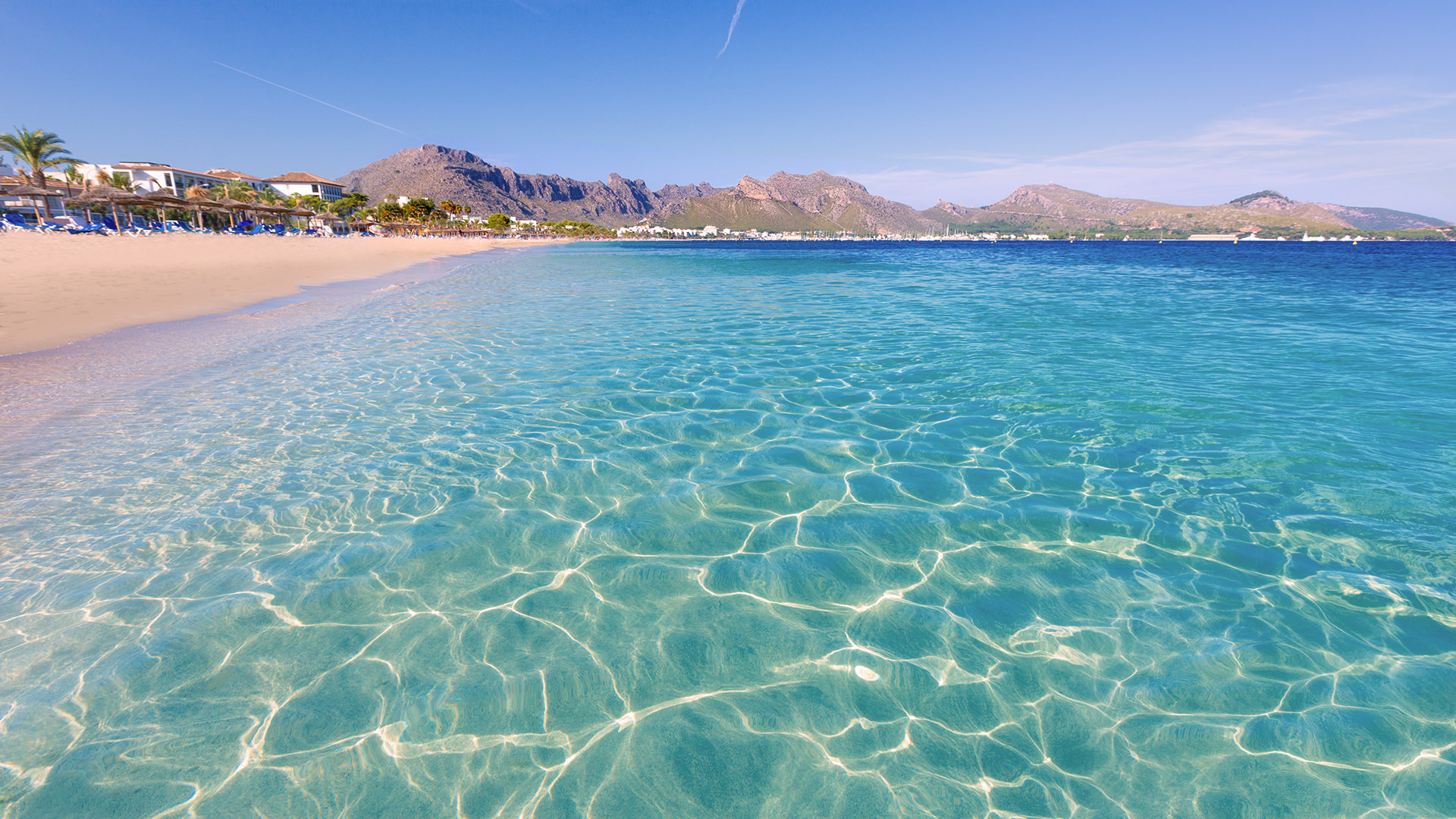 the Meeting point of the winds

One of the islands most spectacular points is the Cap de Formentor which is the islands most northerly tip. Here you will see the famous Tramuntana mountain range meet the Mediterranean, along this area there are breath taking views, a stop at some of the viewpoints such as the Mirador de Mal Pas and the Talaia d’Albercutx watchtower are a must.

The peninsula of Formentor has been the subject of inspiration for many well-known and striving artists. It was once owned by the family of the priest Miquel Costa i Llobera who wrote the famous poem ‘U Pi de Formentor’ (The Pine of Formentor).

After winding along a tree lined country road you approach a hill which once at the top you experience a stunning view of the Mediterranean and the small coastal resort of Cala San Vicente. It is a small town which has dotted around hotels, holiday homes and private villas.

Although this area is predominately for tourists, the natural environment which surrounds it has remained unspoilt. Every year it attracts many ornithologists as it is home to many rare bird species such as the Black Vulture. Other unspoilt areas are the beautiful white sandy coves, which are perfect for relaxing in or if you prefer something a little more active, due to its clear waters, snorkelling and canoeing are great sports to practice here. The coves use simple flag systems to warn of dangerous waters and jelly fish and in the summer months there are also lifeguards on duty. 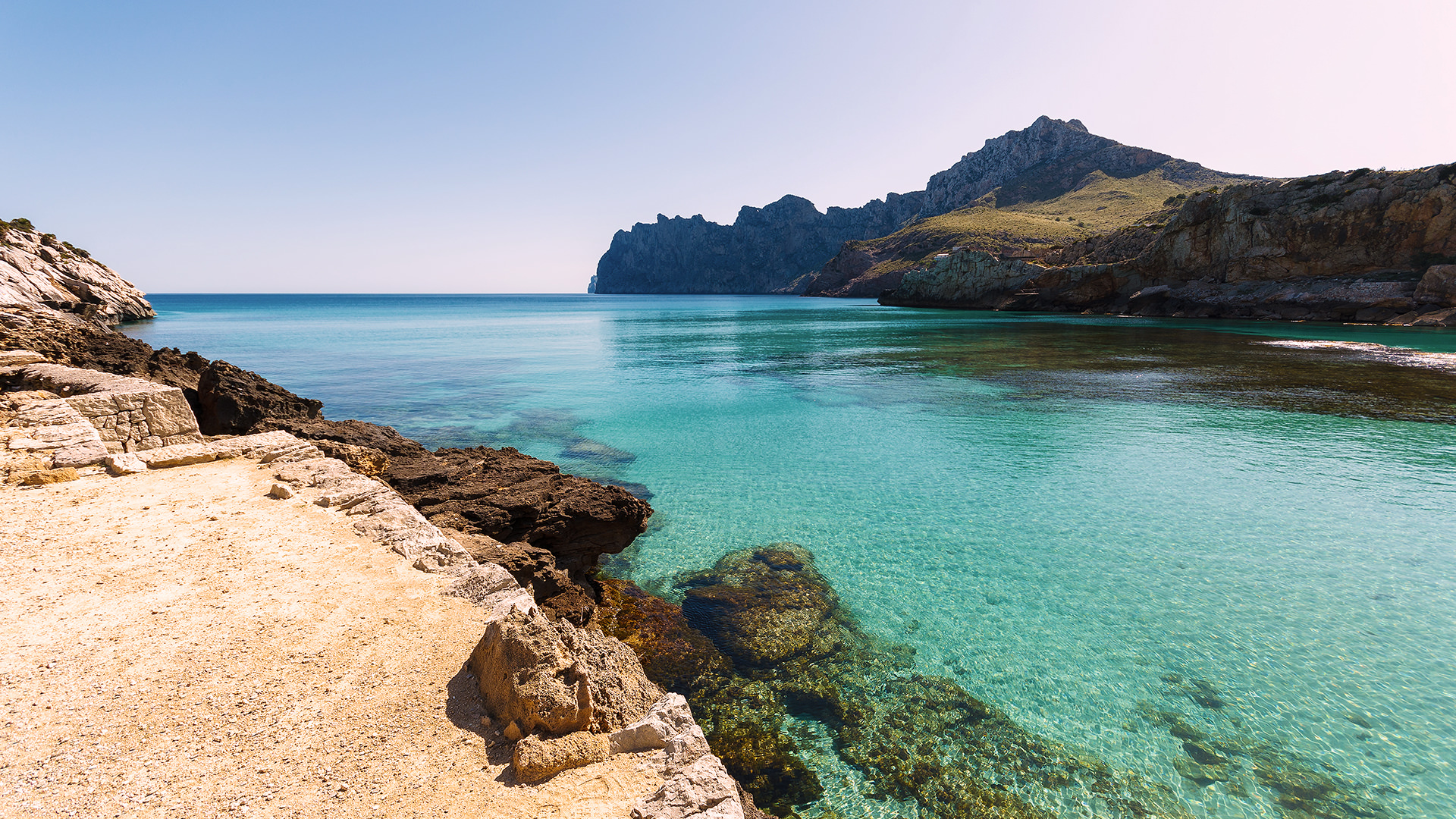